The Minimalists coined a term “Packing Party” - which basically means that you pack all of your belongings to boxes like if you were to move to a different house and later you only unpack the things you really need… the same thing is happening to me and my new iPad Pro and iOS11 on it. 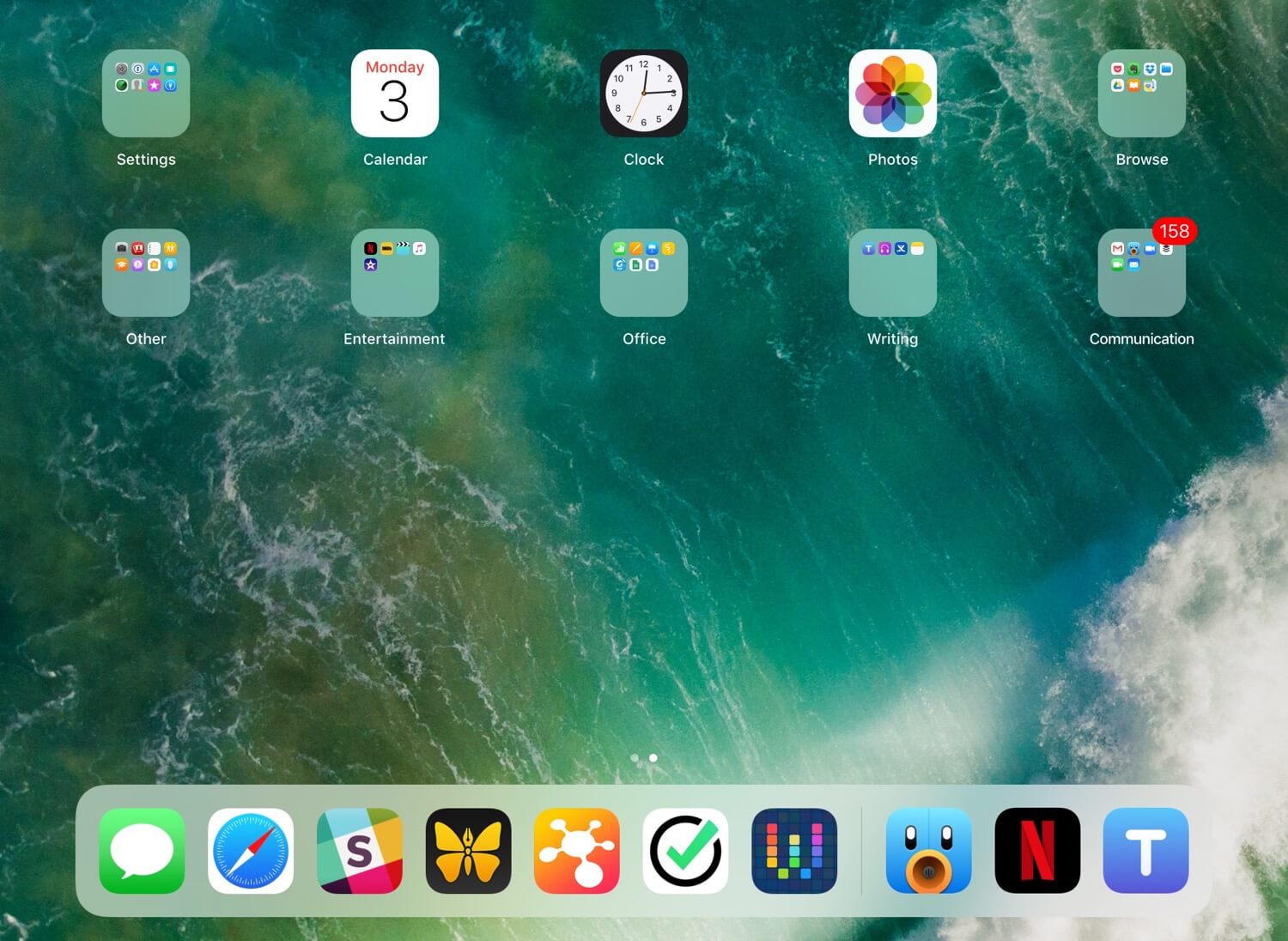 Whenever I set up a new device - iPhone, iPad or a Mac - to maximize my productivity and reduce the pain of not having everything set up correctly, I do two things:

The result is that after a short while my new device has the same apps, settings and data as my old one had. I can almost instantly continue working the same way I used to. Almost no productivity downtime. Which is great.

Except when it isn’t.

You see, this two step process is a quick win, but comes with major drawback:

It restores everything from my old device, including the crap that I kept there and wasn’t ever going to use anymore… basically, it comes with my apps, settings, data… and crap. It also comes with my old habits.

Let’s do it the hard way - and set everything from scratch!

Old habits and old crap - shouldn’t a new machine be a motivation to start again? To review my old habits? To decide which apps I really need and which I keep there just in case?

Wouldn’t it be great to take this time and once a year review all my apps, workflows, processes and habits?

I think it would. Especially that with this new iPad I chose to install the pre-release version of iOS11. This new version of iOS brings lots of new iPad-specific features and changes, so my habits will be different anyway…

That’s why I decided to set up my iPad Pro completely from scratch, similarly to the “Packing Party” concept described by The Minimalists.

The idea is to pack your house entirely in boxes. Pack everything like if you were about to move to a new house. Yes, put all the belongings in the boxes and write them up to make sure you can find things easily.

Now, once it’s done, you only take out the things you really need to use. It’s very well described in their article.

The bottom line is this - after a few months (give it time) you’d find that still many many things (if not the majority) is in the boxes! You’d be surprised how few of the things you’d need. Really. What it basically means, that you could have owned less than half of what you have now and you’d be fine.

That’s why I decided to set up my new iPad Pro the same way. And the best part - it already comes “packed” as when I set it up it had only the Apple default apps and my iCloud account set up. No third party apps. Nothing.

And I was already productive with this basic setup.

Then my co-workers requested a video conference call. I downloaded Zoom and set it up and was up and running in no time. Then someone shared a Google Docs document with me. Downloaded Google Docs app and edited it there.

I’m downloading my apps only when I really need them… and I question every one of them!

Yes, it’s pretty annoying that if I want to do something new I have to download the app for that… but there’s a flip side to this:

It gives me time and room to question every app that I get. Do I really need it? Maybe I can get this done with another app? Maybe I don’t need it on my iPad and I’ll just keep it on my iPhone? Maybe there’s a different app that does this job better and does this other thing as well?

Getting one app after another gives me time to re-think my habits, to question my assumptions, to improve my productivity in the long run. It gives me time to breathe, to review… and to look at things from a different angle.

It’s a much needed time to review my iPad productivity. How do you set up your new device?

How about doing it all from scratch? Setting it up again just like unpacking your things in the new home for the first time when you really need them?

How about reviewing your needs, habits and workflows?

« My Company’s Pyramid Of Communication Revisited Nozbe Reunion — why, where and how to organize a company retreat? »